I am Bryan and Tish’s daughter. I am a qualified instructor and compete two horses in dressage, show jumping and eventing.

I have been teaching since I was 16 years old and a Pony Club member. I am now a British Horse Society Assistant Instructor, hold my Pony Club ‘B’ test  and have Child Protection and First Aid Certificates.

As a Pony Club member I was a member of the Area Show Jumping teams and competed at Hickstead and Burghley.

After Pony Club I joined the local Riding Club and as a member of St Edmunds Riding Club Show Jumping team competed at the National Championships at Malvern as well as qualifying for championships in the disciplines of Equitation Riding and Hunter Trial.

My husband Adam and I have three children William, Freya and Faith and we live at Moat Farm.

Encouraging the riders and watching their confidence grow is so rewarding, I feel lucky to be able to teach/coach the riders as well care for the ponies in this way of life! 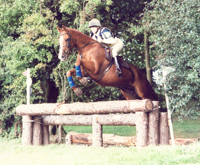 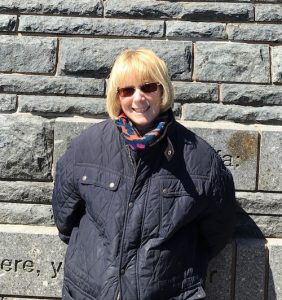 I am a British Horse Society Intermediate Instructor and Pony Club examiner for the B test and the AH Horse and Pony Care tests. I also hold an International Coach’s Passport as well as being a NVQ Assessor and Internal Verifier.

Having originally trained as a teacher, graduating from the University of London Goldsmiths College in 1973, I moved up to Suffolk after having my two daughters.

I became very involved in the Pony Club when my children Christina and Joanne were members, been Chief Instructor for the Suffolk Hunt branch for many years as well as Pony Club team trainer in Show jumping and Quiz. I am also involved in Pony Club both at regional and national level and have written a number of books to help children pass their Pony Club tests.

I have been teaching riding to children and adults both in a riding school situation and freelance for over 30 years. During this time I have competed myself show jumping and eventing, as well running a competition and livery yard here at Moat Farm.

Together with my husband Bryan and daughter Christina we opened Moat Farm Riding Centre in 2006.

I coach/teach riders and am in charge of all the Admin required for running the renowned Riding Centre! 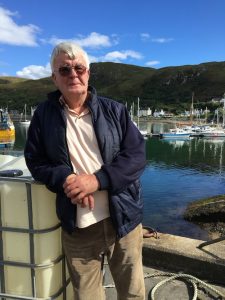 I retired from the Motor Industry in the year 2000 after 35 years .

I first became involved in Pony Club in 1985 when my daughters Christina and Joanne joined the Enfield Chase Branch of the Pony Club and have been involved ever since.

I served on the committee of the Suffolk Hunt Branch of the Pony Club for over 20 years first organising the show jumping at their numerous events and latterly as Health and Safety Officer, not only for the branch, but also for the Pony Club Area 8.

In 1998 I took over from Tish, as Pony Club Centre Co-ordinator for Areas 8 and 12. In the last 10 years I have opened over one hundred Centres and encourage, advise and help many riding schools to give their riders the Pony Club experience.

I help maintain the facilities, as well as being chief ‘mug washer’ for all those cups of tea and coffee!